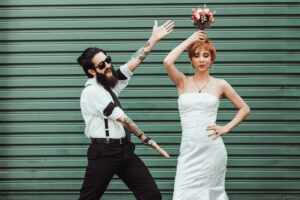 As a matchmaker and dating coach, I classify people into one of two categories…

They’re either relationship oriented or not. Many people, men and women alike, truly believe they are fit for a relationship. They think they have everything going for them. They’re healthy emotionally, physically, spiritually and financially. They want to have a traditional, nuclear family in a two parent household where both of them can grow as individuals and together as one. But there is one key difference between the relationship oriented people out there, and everyone else.

You may think you’re relationship oriented and capable of what you envision, but in reality you’re really not.

You’re never going to be truly happily married, unless you have the right character…

According to Erich Fromm, a neo-Freudian psychoanalyst, personality type is based on two primary needs; freedom and belonging. Kendra Cherry, did a great job of summarizing his philosophy on verywell.com which I’ve paraphrased here quite a bit.

Fromm determined there are five personality types and every one is one of them. 4/5 are “unproductive” or in the context of relationships, counterproductive.

Out of the five character types described by Fromm…

Master Matchmakers is a high-end personal service that has been coaching and matching single men and women for more than 20 years. They hosted 6 seasons of VH1’s Tough Love. Learn more about working with Joanne and Steve at MasterMatchmakers.com